Video: why so many Chinese students come to america - and other countries (an intro)

Not just in the United States, Chinese international students have flooded Australia, the UK, Canada and other countries. While many of these countries have dangerously reliable on this huge influx of money and the international education industry as a whole has benefited a lot, not everyone in the industry understands the basic fundamentals of why so many Chinese study overseas.

In this 13 minute video of the Youtube channel PolyMatter you have a well researched intro on this subject, plus it's beautiful animations.

In 2018, the U.S. imported $540 billion worth of goods from China, but exported only 120. In response, President Trump imposed tariffs, immediately shaking the Chinese, American, and, therefore, world, economies.

But while the trade war defines today’s economy, another deficit will decide tomorrow’s. In the 2017-18 school year, 363,000 Chinese students came to study in the U.S., while only 24,000 Americans went to China.

This, on the surface, isn’t all that surprising. What’s weird - really weird - is how fast it happened. All of a sudden, starting in 2007, Chinese students in the U.S. absolutely exploded, accounting for 93% of all international student growth in the last decade.

More students come from China to America than the next six countries combined, including India, despite having almost the same size population. So, why so many? Why so sudden? And is the U.S. right to worry about incoming spies?

The answer has less to do with academics and more with economics, complex social dynamics, and, above all, politics. On June 7th, Chinese cities become… eerily quiet. Traffic is as busy as ever but no horns are honking, stress is collectively unusually high, free water bottles are handed out, and drones watch overhead.

Today, tomorrow, and sometimes, on a third day, 10 million students across China take the National Higher Education Entrance Exam, aka the Gaokao, aka, the most important nine hours of a Chinese person’s life.

The test covers Chinese language and literature, math, foreign language (usually English), and a choice of social or natural science. The top roughly 7-million scorers are admitted to college, and a select few are offered places in the C9 - mainland China’s equivalent to the Ivy-League.

But unlike the SAT, AP, or IB, Gaokao scores are really the only factor in Chinese college admissions. The first 18 years of your life, therefore, are dedicated to preparation. Leading up to the big test, parents burn incense, pray, and book hotels near the exam to avoid traffic.

Students sometimes study with IV drips. Some, known as “Gaokao migrants”, travel to other provinces with higher admissions quotas in hopes of having a slight advantage.

When the day finally comes, provincial governments order quiet streets for concentration and fly drones to catch cheaters. Supporters of the Gaokao say it levels the playing field - creating a meritocracy wherein any student, from any geographic or socioeconomic part of China has the same opportunity for social mobility.

Critics, in turn, argue a level playing field is only ever an illusion - that success is handed to those with families wealthy enough to afford private tutors. Like continued middle-class growth, the national exam is both a practical and political tool for maintaining stability - shifting questions of who has power and who is entitled to riches onto the individual.

The extreme, sometimes insurmountable stress, they say, doesn't even produce good citizens or employees. While Chinese students rank very highly in math and science, they’re often seen as lacking in other skills like creative and critical thinking, a side effect of their rigid education system.

Classrooms are dominated by the teacher, who lectures behind a podium to a sea of totally-silent students expected to memorize as much as possible. To ask questions is both to disrespect your teacher and admit to your peers that you don’t understand the material.

Finally, discipline is placed above all else, with low performers at one high school not being allowed air conditioning. For any number of these reasons, some, disenchanted parents seek a way out. If their child performs poorly on his or her high school entrance exam, rather than lose face, families may place them in international schools, designed to prepare them for exams like the SAT, instead.

Others pursue an education abroad with the intent of eventually migrating the whole family, or, simply, for more opportunity. The perception is that, while school in China is more intense up until the Gaokao, afterward, students feel they’ve satisfied their family’s expectations and can relax at university, whereas American college is when students start getting serious. In other words, students leave China on their parents’ suggestion, who usually pay their tuition.

And pay, do they! There are English lessons, extracurriculars for admissions, exam fees, and travel costs. On top of that, families pay agencies about $10,000 per child for help in the process.

In other words, this is only possible thanks to China’s rising, newly-wealthy middle-class, and the demographics which leave parents with only one child to pay for - and, more importantly, only one chance to get it right.

The truly wealthy get started even earlier - sending their child to an elite American feeder middle school, which can charge up to 60, $70,000 a year. And when old fashion studying doesn’t work, upper-class families resort to “gifts” - usually about $250,000, and as much as $6.5 million.

There’s one more, unexpected reason Chinese students come to America… When Deng Xiaoping began opening up the country in the ’80s and ‘90s, creating thousands of newly rich families, he also, for the first time, allowed students to study overseas. For this reason, the first international students who returned to China were its most well-off, launching high-paying, high-profile careers.

This association of studying in America and success in life has never faded. So, while the American Dream may not be alive and well in America, it certainly is in Beijing. Americans have Louis Vuitton, McMansions, and Porsche’s. Chinese people have Harvard and Yale. One hospital in central China even named its maternity wards after Ivy-League schools for good luck.

All of these factors help explain this, but they don’t justify this. Why did it all happen so fast? To answer that, we need to understand how schools really make money. Broadly speaking, in the U.S., there are two university business models.

The first way a school can make money is simple: charging students. Private schools are the Apple of education - they forgo massive market share in exchange for a smaller number of higher-paying students. And, because they attract high-income families, they can expect good, lifelong customers - aka endowments!

On the other hand, the way public schools pay the bills is a little less obvious. Lower tuition is made up for by state and federal funding - aka, everyone’s favorite, taxes! Government subsidizing is great - when it’s great. Low prices grant low-income families access to a great education.

The problem is that state and federal governments have other priorities and are subject to economic downturns. During the 2008 recession, Americans spent and made less money, governments collected less revenue, and colleges received less funding. From 2008 to 13, states alone lost out on $283 billion.

Now, ten years later, most of us have long forgotten the recession - but not universities. Still in 2018, state funding for higher education was down 13% from before the crisis. So, as government subsidies fell, schools immediately turned to a new subsidy - international tuition.

The current model is one where colleges can segment prices without appearing to discriminate. In other words, tuition is set very high, but aid is handed out very generously.

The average full-time undergraduate in 2017-18 received nearly $15,000 in total aid. But while something like 85% of students receive some amount of financial aid, international students almost always pay full price. At Michigan State University, for example, in-state freshmen pay $25,064 a year for tuition, fees, room, and board. Out-of-state residents pay just over double, and international students pay $9,133 on top of that.

Across America, an international student generates about twice as much revenue as an in-state resident. Students also complain about a so-called “International Tax”, where schools place a greater emphasis on English courses to prolong their studies. Increasingly, Chinese students find themselves caught between two worlds…

As more and more students return home, 30% in 2007, but 80% today, they’re often disappointed by what they find. While English is still very valuable and many find high-paying jobs in America, the rest, “Haigui”, as they’re known in Chinese, have a disadvantage.

One study found U.S. diploma-holders were 18% less likely to receive a call back from potential employers than Chinese ones. On the other hand, they may also feel isolated and unwelcome in America. Because schools tend only to keep one or two dorms open during breaks, during which international students tend to stay on campus, they get placed in the same dorms, have less opportunity to perfect their language skills, and a harder time socializing outside their bubble.

At the same time, some Chinese students are experiencing delayed or rejected visas and accusations of espionage. The fear stems from Confucius Institutes or Chinese Student and Scholars Associations, groups set-up by or associated with China’s Communist Party on American campuses.

Officially, their goal is to help Chinese students acclimate abroad - like, by organizing parties around Chinese New Year. Chinese embassies also create WeChat groups to organize students, even paying them to welcome Xi Jinping during his 2015 visit to Washington. Several Chinese students and faculty have been arrested or fired in recent years for alleged spying or failing to disclose connections to China.

According to sources, President Trump seriously considered banning all Chinese students completely, only narrowly deciding against it after an ambassador pointed out how it would harm American schools. Students in STEM fields, in other words, most Chinese students, are already subject to additional scrutiny. The truth is, visa issues are not yet widespread, and the U.S. government has, at times, even encouraged Chinese arrivals, with Trump declaring “We want to have Chinese students (go) to our great schools and great universities. They are great students and tremendous assets”.

Regardless, issues are common enough to create a perception of risk, leading to an 8% drop of international students in 2018, who increasingly choose other countries like Canada or affordable Thailand. The University of Illinois went so far as to take out a $424,000 insurance policy in case of a significant drop in Chinese students.

The U.S. can and should be worried about Chinese influence on campuses. Their free, open-minded approach has the potentially dangerous side-effect of also creating a vulnerable hole easily filled by nationalist propaganda. There has never been a better time in history to be wary of China’s influence abroad.

But there has also never been a more important moment to be cautious about conflating a government and its ideology with 1.4 billion individuals. Suspecting everyone of espionage leaves America economically and culturally weaker, not stronger. Every year, Chinese students contribute $15 billion to the U.S. economy. Education is now Australia’s third-largest export, more than tourism, and behind only iron and coal.

But whether economically useful or not, cultural exchanges act as a countervailing force to propaganda - both exposing Chinese nationals to a wider intellectual world and American citizens to foreign cultures. The fact that America has so many high-ranking, sought-after institutions - where even Xi Jinping sends his daughter - is a massive diplomatic advantage that risks being wasted if foreigners aren’t welcome.

When students return to China, these schools often constitute their entire conception of America, the one that spreads to friends, family, and, eventually, decision-makers. Cutting off Chinese students may help win today’s trade war, but welcoming them is the only way to stop tomorrow’s conflicts before they even begin.

What's your perspective on the influx of Chinese students and countries' reliance on it? Leave your comment below. 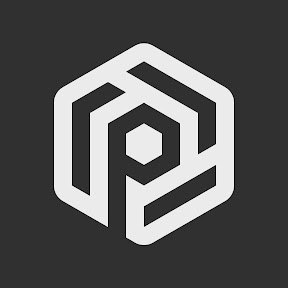 PolyMatter is a YouTube channel about technology, economics, China, and more.

Migration advice: what can education agencies do and not do?